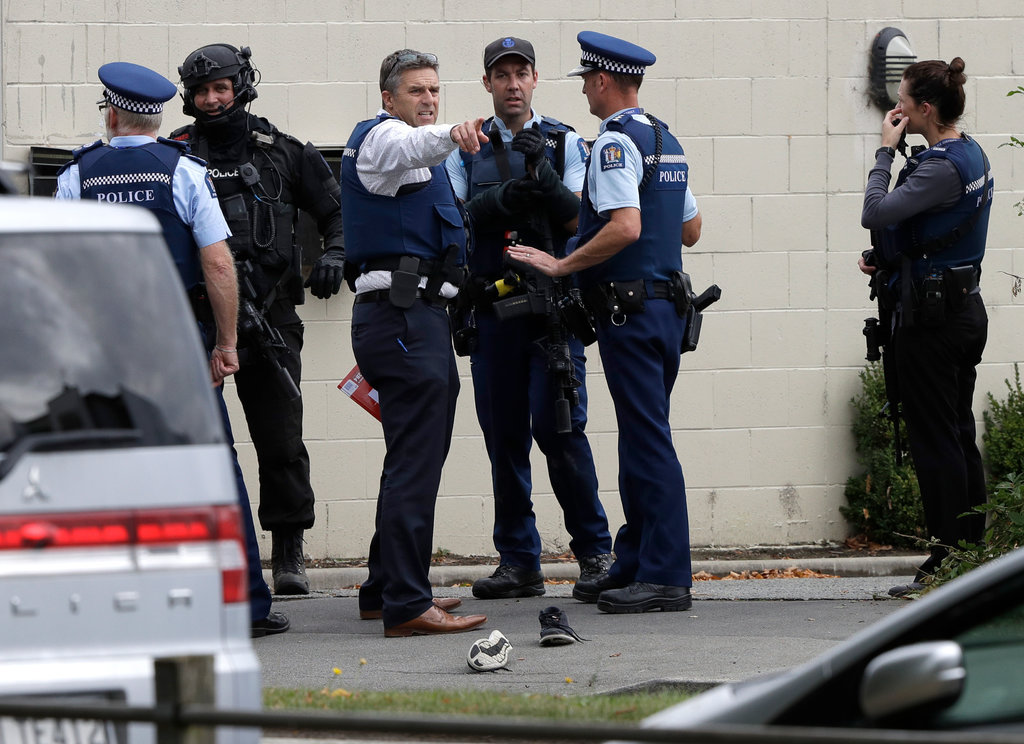 The shootings that killed at least 49 people at two mosques in New Zealand on Friday have placed new scrutiny on New Zealand’s gun laws and sparked a fervent debate about whether they were a factor in the gunman’s decision to carry out his attack there.

The man was identified in court papers as Brenton Harrison Tarrant, 28, and officials have said he was an Australian citizen, which has led to comparisons between gun laws in Australia and in New Zealand.

While New Zealand’s laws governing the purchase of semiautomatic rifles are more restrictive than those in the United States, the country is much freer with firearms than Australia is, allowing most guns to be purchased without requiring them to be tracked.

“New Zealand is almost alone with the United States in not registering 96 percent of its firearms — and those are its most common firearms, the ones most used in crimes,” said Philip Alpers of GunPolicy.org, a clearinghouse for gun law data worldwide. “There are huge gaps in New Zealand law, even if some of its laws are strong.”

“If he went to New Zealand to commit these crimes,” Mr. Alpers said, “one can assume that the ease of obtaining these firearms may have been a factor in his decision to commit the crime in Christchurch.”

In the years since a gunman killed 35 people in Port Arthur, Tasmania, in 1996, Australia has embarked on one of the world’s most expansive efforts to rid a society of gun violence. Officials significantly strengthened gun laws, severely restricted semiautomatic weapons and engaged in a buyback program that took more than 650,000 firearms off the streets.

The gun laws in New Zealand are more layered, and do not fit easily into a pro or anti-gun rubric.

Semiautomatic rifles and handguns, for example, require special licenses; a person can only buy one semiautomatic weapon at a time. “The police will look very askance at you if you want four or five of them,” Mr. Alpers said. “It gets harder and harder if you want more and more.” Still, Mr. Alpers said, it is possible to obtain a large cache of weapons — either by acting alone or if more than one person is purchasing.

As the law stands now, any person age 16 or older with an entry-level firearm license can keep any number of common rifles and shotguns without an official record of those guns being kept.

Most of the guns in circulation can be sold on the internet or through ads in newspapers, and the most popular types of firearms can lawfully change hands in private homes or even hotel parking lots with no requirement that a record of the transaction be kept.

Still, the country has generally been safe from gun massacres. Its last mass shooting, which left 13 people dead, was in 1990 — and it led to tighter rules around semiautomatic weapons.

Police officers do not generally carry firearms and murders are rare; the death toll from Friday’s terrorist attack is roughly equivalent to the number of murders that occur in the country each year. The annual tally of gun homicides specifically is even lower.

“New Zealanders are by and large safe users of firearms and that has led everybody to relax,” Mr. Alpers said. “It’s led New Zealanders to think they don’t have a problem.”

[The gunman appeared to be steeped in the culture of the extreme-right internet.]

At the same time, however, New Zealand’s gun culture is significant and deeply ingrained. Like the United States, Australia and Canada, New Zealand’s frontier history has led to a proliferation of guns used for sport, for protecting wide open spaces from animals, and for dealing with problems like wounded cattle.

Of the 3.9 million New Zealanders of gun licensing age, 238,000 — 6 percent — have a firearm license, according to GunPolicy.org.

“Our gun laws will change, now is the time,” Ms. Ardern said Saturday, though she did not say what that legislation would look like. “People will be seeking change, and I am committed to that.”

Mr. Alpers predicted that lawmakers would work to make guns harder to obtain.

“This will certainly change things in New Zealand,” he said. “I can’t think of a country that’s more likely to change its gun laws after something like this.”New Zealand guns